A Short Return to Modding 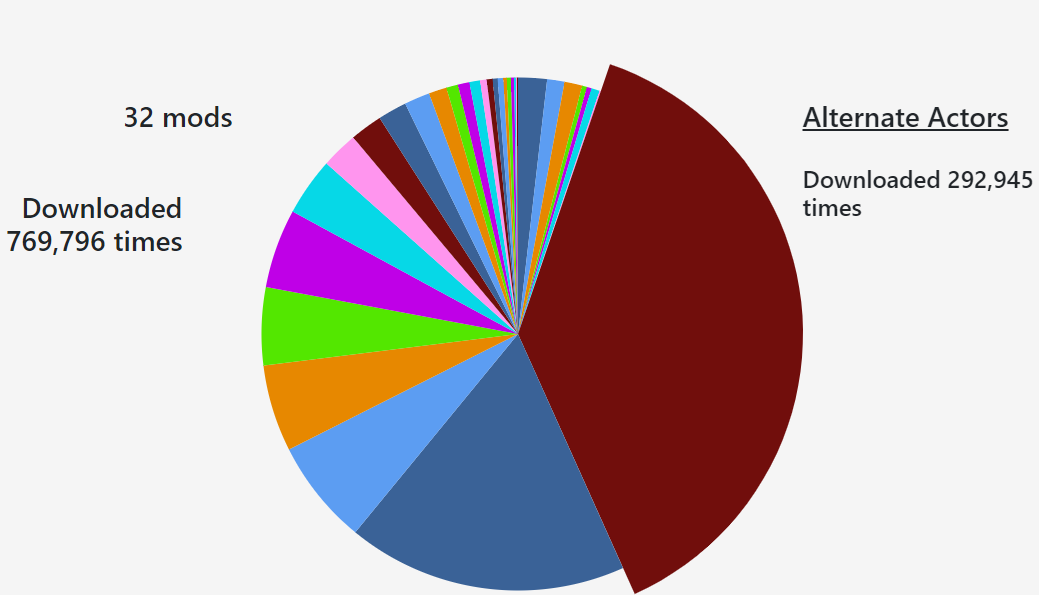 I read 100 pages or so of C for Dummies when I was 12. I thought that programming seemed pretty dry and tedious.

It wasn't until highschool that I started programming a variant of visual basic in order to tweak my game, and other people's mods, so that I could make Oblivion more the way I wanted it to be. That was the first time that I felt that burning need to solve some programming problem, that same feeling I feel almost every day between work and hobby programming. (It's like having something on the tip of your tongue and also not feeling like you can change the subject until you solve the problem / understand the answer. It also feels like having boundless energy and the ability to manifest your will, ex nihilo).

Oblivion tweaking became Oblivion modding, and soon I was waist deep in grand ideas for adventures and epic mods. Of course, I had no idea what I was doing and mostly made spaghetti messes and unreleased experiments. It wasn't until the release of Skyrim in 2011 that I became completely, and more realistically, focused on modding. This peaked the summer of 2013, when I realized I may want to do something like this for a career. I decided to take two weeks and do nothing but make mods. I figured that if it was a fad, I'd get bored. Instead, I left the house once the entire time, and the two weeks felt like a near constant rush of adrenaline. I created Alternate Actors, my most downloaded mod, and I had a blast. In the glory days I made over 30 mods, and they were downloaded over 700k times. (More a testament to the environment and popularity of Skyrim than to my specific skills).

It was a wonderful experience to be part of, and it galvanized that I wanted to write code for a living. Looking back, I'm still proud of what I wrote, even if it's an obvious mess. It's clear I was really enjoying what I did (and what a gift, I still enjoy coding today, as much or more as in that first experience!) I wrote my code in notepad++, had to run a command to manually compile it, and had to wait 1 to 3 minutes to start the game up and test. I generally had no concept of objects or small file sizes. And yet I took time to carefully document my code, and clearly was having fun when I wrote all of my debug statements in spanish!

Starting a career took me away from modding for two reasons. First, I had less time to mod. Second, with my growing skills I could build actual games, tools, and other full projects, instead of sticking to just tweaking someone elses body of work. To this day I probably get 1 to 2 requests to update, port or build a mod, nearly a decade after those glory days.

Dipping in to Say Hello

When I caught Covid, I turned to Skyrim almost as comfort food. I decided to start a new save with modern mods and more clean modding practices. New tools like Vortex and just generally understanding computers and modding principles made the experience so much nicer. When I decided I wanted to be able to auto sort my mods and so decided to create an Auto Sort Mod (source).

Coming back I was both hit with nostalgia and blown away by how bad my old workflow was. Papyrus doesn't even have an implementation of maps, and is really not general purpose. Fortunately I found an SKSE plugin that essentially lets scripts call out to a DLL and get a reference to an object and get and set values on that object.