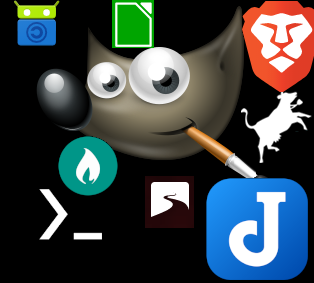 After the capital riot in the US, I was somewhat shocked to see the response by big tech. From what I could tell, Parler (a startup competitor to Twitter) was no more complicit in enabling the planning of the riot than Facebook or Twitter. Yet somehow they were completely de-platformed, while the giants in that space were unaffected. Their servers were taken down, there security provider switched their services off, their database was hacked (due to that lack of security and some bad code), and user information both of those who participated in the riot and of those who had nothing to do with the riot was leaked online and was shared in its totality.

I've always thought of Google and Facebook like a robot in an Asimov book. I've not been concerned about them collecting my info any more than I'm nervous that my bathroom walls see me get out of the shower. I'm such a small statistical spec in their eyes, I've never worried about them caring about me other than to target their ads to me (that I mostly block anyway). I still believe this is true today.

However, that's not how the customers of Parler were treated, nor the employees. That bulk data suddenly became very specific and very targeted, and the companies that are the backbone of the free internet had no qualms annihilating their competition (and using a hypocritical political stance to refuse service to a company doing the same thing they were doing). It's scary that the US is becoming so politically charged, that even discussing something like this can be shut down for being conspiratorial or political.

I don't see Google or Facebook 'coming for me'. I don't see them on that trajectory. But their responses made me realize how easy it would be for them to change from 'benevolent ad producer' to 'totalitarian regime' or something else scary and bad. I'm sure they already have enough information to deduce today where I'll be and what I'll be doing in 10 years, but for the first time I realized maybe in 10 years I won't want them to know.

To that end, I made a resolution: become less reliant on big tech, become diversified in what service providers I use, become more privacy minded, and heavily prefer open source software.

I made a list of all of the Google products I use (and what wonderful, well crafted, convenient products they are!). I looked at what other big tech I was using as well as other apps that are not open source. I then methodically, ploddingly went through and tried open source alternatives. I've done this over a number of months, little by little. Some apps and services I deemed too important or convenient to use a much inferior open source app in place of, but in most cases I've been really happy with the alternatives I've found.

Today, everything takes a little longer, breaks a little easier, and requires more attention. But I find that my digital world is much more tailored to my preferences, many apps I use make so much more sense to me, I feel in control instead of inundated by influencers, and I've learned about a lot of software. Should privacy not be a concern at all, I'd still be really glad I started being more intentional about the apps I use.

Here are a number of apps I've replaced so far, and the app I picked. Every app has a ton of alternatives. These are just the ones I've landed on. I'll probably go back and update this in the future as I make more choices, etc.